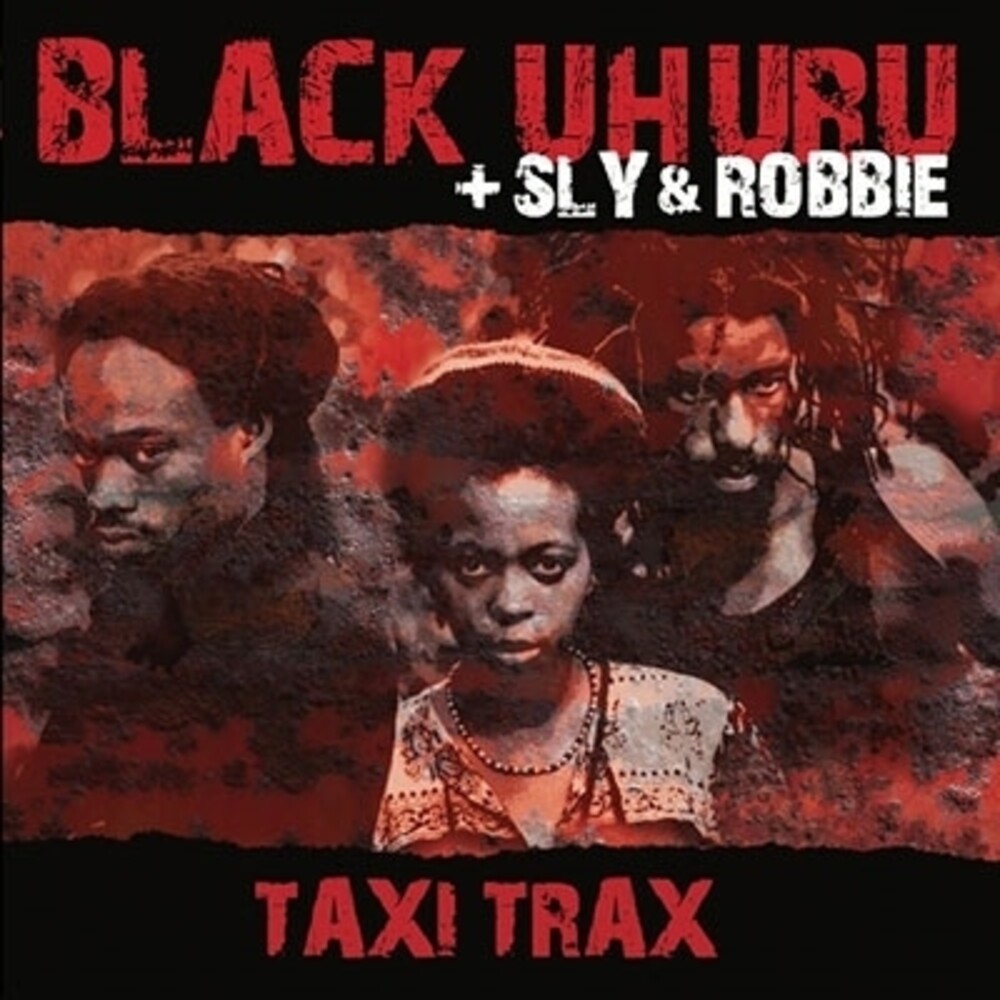 Black Uhuru and Sly & Robbie burst onto the Reggae scene in 1977, at a time when Jamaican music was starting to purr and spin in circles and when, on the other hand, English punks were blasting everything that moved.Black Uhuru is sort of a Jamaica answer to the Sex Pistols and the Clash Borderline insolent attitude, provocative looks, leather jackets, often aggressive words... Supported by skinned alive, Michael Rose, Duckie Simpson and Puma Jones howled the anger of the left behind in the ghettos of Kingston without preaching or Rasta illusion For several years, Sly & Robbie held this new generation trio at arm's length on their TAXI label before signing them to island, the label which had launched 6-7 years earlier their elders Bob Marley, Burning Spear and Bunny Wailer. At the time in the service of Peter Tosh, the riddim twins found in Black Uhuru an ideal testing ground for their futuristic arrangements. From 1077 to 1980, Black Uhuru experienced a dazzling progression, which the TAXI TRAX compilation that TABOU1 released in association with TAXI and Diggers Factory sets out to retrace, through titles that have become Reggae anthems, such as "Abortion" or "Guess Who's Coming to Dinner " but also rarities hitherto released only on 45 rpm in Jamaica, such as the coves of the hits "No No No", "Sun Is Shining" or the surprising "Aquarius" which has nothing to do with the original from the 5th Dimensions. In total, 4 sides filled with singles release by TAXI label, including the unstoppable dubs and above all several "Dubplates" these acetates containing 100% unreleased mixes engraved to be played in sound-systems and which we were able to miraculously restore. To top it off, the famous graphic designer Bruno Tilley agreed to create a cover in the spirt of Black Uhuru: without concession, the photos being provided by Adrian Boot who followed the group from it's beginnings, the liner notes being as for they were written by Noel Hawkes, author of numerous articles and books on Jamaican music, who interviewed Sly Dunbar and the band for the occasion. This time capsule is an idea introduction to this band that revolutionized Jamaican music in just a few years.
This website uses cookies to personalize content and analyse traffic in order to offer you a better experience.
I accept Learn More
back to top